If you’re in London this week, come and see Shamim at Literary Death Match in the South Bank! 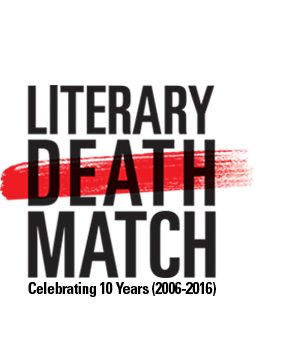 In their final 10-Year Anniversary celebration, Literary Death Match makes April a little less cruel with a tipsy night of rambling and dazzlement as they return to the Southbank Centre sponsored by Picador. Come and join the spring spectacular and the uber-talents who will light your night aflame. Preorder now!

What is Literary Death Match? Four writers read their own work for five minutes or less, and are then judged by three all-star judges. Two finalists are chosen to compete in the Literary Death Match finale, a vaguely-literary game to decide the ultimate winner.