We arrived in Paris yesterday for Fashion Week. I wanted to write that line because, really, it’s up there in the list of least likely lines I would ever write. Along with ‘I don’t like french fries’  and ‘do you have a spare lipstick?’

Our good friends Tamara Ralph and Michael Russo (aka Ralph and Russo) are the first British brand to be accepted into the Paris Haute Couture for 100 years – and Tamara is a creative genius, so whenever we can, we zip to Paris for their show. If you are a regular Enlightenment Productions person, you may have noticed that fashion and I are not best friends. My idea of dressing well is wearing my good jeans. But I attend R&Rs show the way I would go to an amazing art exhibit or theatre show. It’s art.

Of course, along with art, especially art in Paris during fashion week, comes a healthy dose of celebrity, insanity and partying.

Cut to the after show dinner, hosted by Chopard (a fabulous jeweller).  As we sipped pre-dinner drinks, I noticed many women staggering around, weighed down by diamonds the size of ostrich eggs. I like travelling light so I stuck with my wedding ring.

After dinner came a private performance by Rita Ora. Since my last music references are somewhere within the Karen Carpenter/Ella Fitzgerald range, I sensed I might be in trouble. Though to be sure, Ella Henderson did the end credit song for our latest film, Despite the Falling Snow.

I confess, I was new to Rita Ora. Before we left London, I had done some light Googling and then pumped my thirteen year old son for details. ‘How do you know Rita Ora?’ he asked, with new found respect in his eyes. ‘She’s cool’ And you are not, was the subtext, but I let it slide.

Rita was wonderful. Just her,  a guitarist and her fabulous voice. When we met afterwards, I told her she should consider writing a song for our next movie, a contemporary action thriller with a cast of six women. She agreed heartily and we shook hands on it. Whether either of us remembered the details in the cold light of the following Parisian morning is another matter…

Back to the party, and on the dance floor, I was dragged to dance by our dear friend and experienced partygoer Lisa Tchenguiz. ‘Meet Uma Thurman,’ Lisa yelled over the pounding music (which was not by Rita Ora or Karen Carpenter). Indeed, Uma was cutting a dash on the dance floor. I was not about to join her, mostly because my previous attempts at dancing (along with aerobics) have only ended in severe injury, usually to the people around me.

I shuffled away as fast as I could and retreated to the drinks table where I tried to rehydrate with water rather than vodka. I was mostly successful and just as Hanan and I were shaping up to leave, ‘Uptown Funk’ started playing (so OK, I do have musical references from this decade!). I was inspired to dance. Suddenly, I felt it. Nothing could stop me, not even dancing to the beat of a different drum in front of diamond-encrusted super models. I dragged Hanan to the dance floor, only to hear a voice behind me:

‘I thought you don’t dance?’ It was Uma, eyeing me imperiously. I felt as if I’d been caught eating a burger after declaring veganism. I tried to explain but Uma was unimpressed. We all headed to the dance floor and the next thing I knew it was 3.30 am, a time I last saw when nursing a sick child.

So yes. Your confirmed introverted, unfashionably dressed, old music loving writer turned into a slick party person for one night only. It was fun while it lasted but I am looking forward to an early night with a book…. 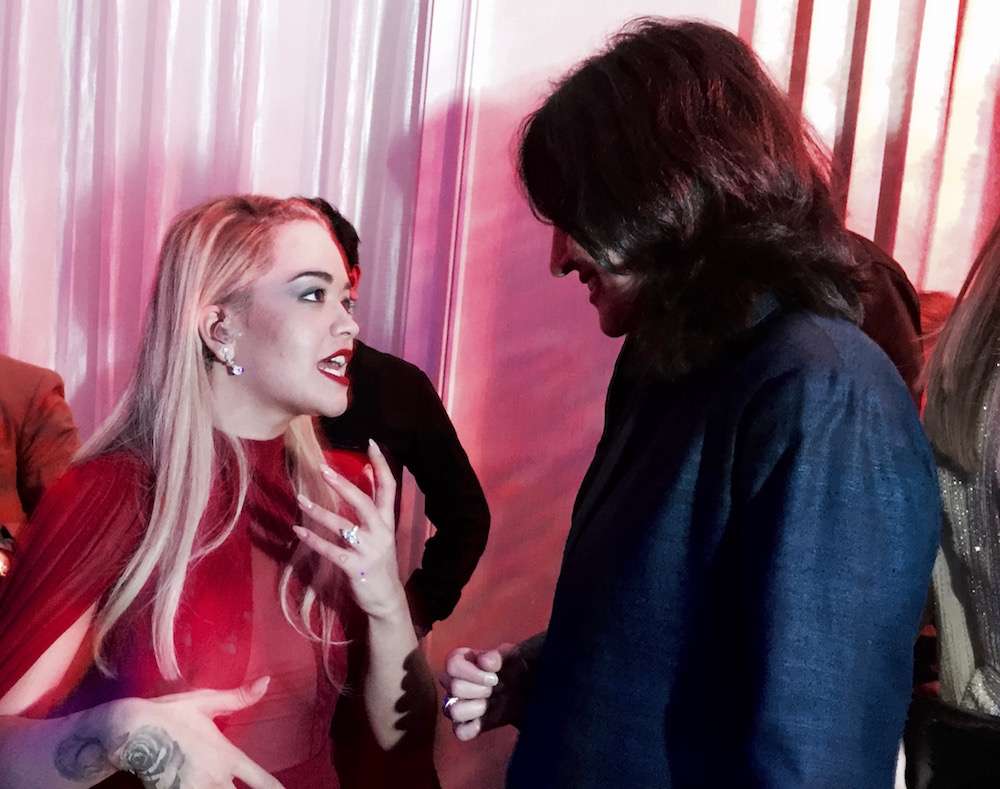