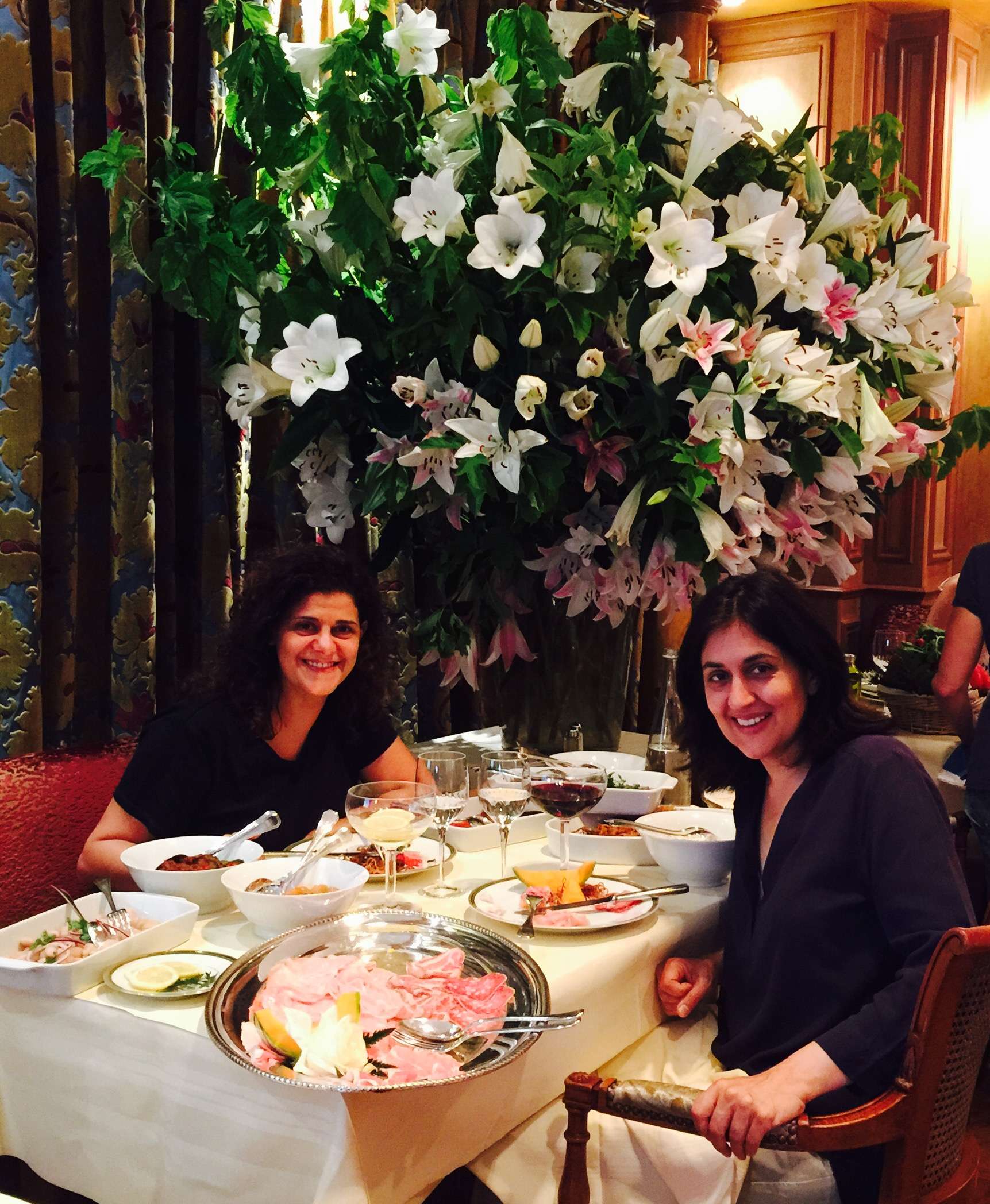 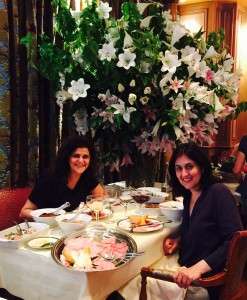 Clothes are good but eating is better! At Le Grand Venise in Paris

I finished a first draft of my new screenplay this week. My first script since Despite the Falling Snow is a smart action thriller with roles for six women, so it hadn’t been a walk in the park. Luca, our youngest, was suitably impressed. ‘Wow,’ he said. ‘You were only half way through a few weeks ago.’

Everyone in our house knew that last fact to be true because Hanan had not failed to remind me of it daily (and indeed, multiple times a day) for the past month.

In my defence, I promptly blamed my extrovert wife for our extremely packed social schedule, including (last week) a trip to Paris to see Ralph and Russo’s Haute Couture show.  Yes, I know. I only go to Paris to eat, not to dress, and nothing has changed, but genius designer Tamara Ralph and her marketing guru partner Michael Russo are our dear friends, so we had booked an overnight trip to be there for the launch of their latest collection.

‘I can skip Paris,’ I offered, taking a calculated gamble that my wife would prefer me with her than away from her. ‘I can just stay here alone and look after the boys, alone, and write. By myself.’

‘Out of the question,’ she said. ‘You’re not missing the show.’ My relief that after 19 years together I had not yet become dispensable was short-lived because Hanan had another question.

‘Why can’t you finish your script on the Eurostar?’ she asked. ‘3 hours each way.’

I reminded her that it was only two and a half hours now, and she sniffed, clearly regretting the improved efficiency of trains.

I explained that when I looked down on train journeys I felt nauseous. What I really meant was that I was planning to watch a recording of the Women’s Soccer World Cup Final on my iPad, which I did, not without amusing the entire carriage with my excitement every time a goal was scored. There were a lot of goals, and by the time it was over, I was quite sure Hanan was regretting not leaving me at home.

Once in Paris, we had planned to walk the short stroll to the fashion show from our hotel but Hanan stepped out and declared that she was not walking all that way in the heat.

‘We’re crossing Place Vendome, not the Sahara,’ I ventured helpfully, but was rewarded with a baleful look from my wife.

After my football antics and lack of heat sympathy, I should not have been surprised to find myself relegated to my writing cabin when we got home, until the script was done.

By the time you read this, we will have landed in Orlando, Florida. And I can tell you one thing. Unless it’s an air conditioned lobby, we won’t be crossing anything on foot.