Henry Ford might have been talking about independent movie making when he said that obstacles are those frightful things that you see when you take your eye off the goal.

Amongst the PR work for our new release, Despite the Falling Snow, we’ve had a long week of development work on our next feature, The Artemis Protocol. I took my eye off the goal long enough to get smacked in the face with the realities of sales and distribution. I sat in various boardrooms, coffee shops and Soho media clubs and heard the following:

Executive:  ‘I see your lead protagonist is a lesbian?’

Exec: ’We can’t sell the movie in China, Middle East and half the world.’

The next meeting mercifully passed over the gay part and went like this:

Perfect, I thought. I’m sure those actresses are not getting any offers of work.

Luckily, while my head was spinning, Hanan was busy focusing with zen-like clarity on the goal. She set up a meeting with the same casting directors who work on the James Bond movies, and tossed her head about the potential ‘de-gaying’ process. ‘We’ll make it work,’ she sniffed. I have no doubt that, if it comes to that, Hanan will change China’s collective mind rather than cede creative control, so I decided to take a breath and keep my own eyes on the prize too…Only surfacing to say a big thank you to those who have already pitched in on Kickstarter to help make creative control a complete reality on Artemis Protocol. If you want to see what’s on offer in exchange for your support please head over to our Kickstarter page now…Just don’t tell me to change anyone’s gender… 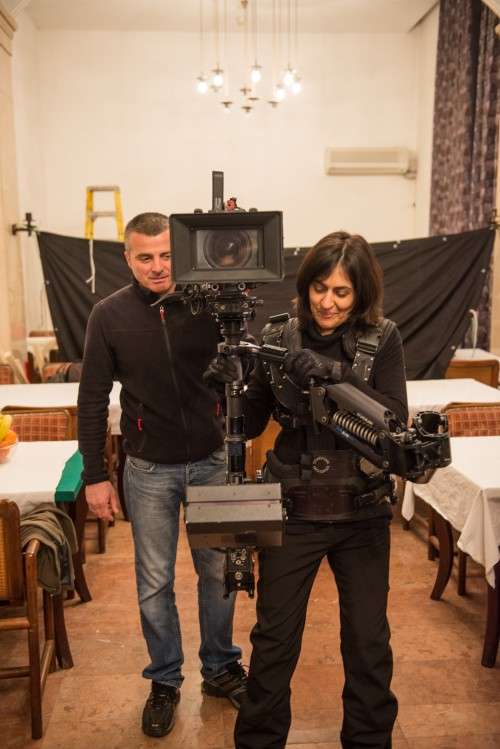